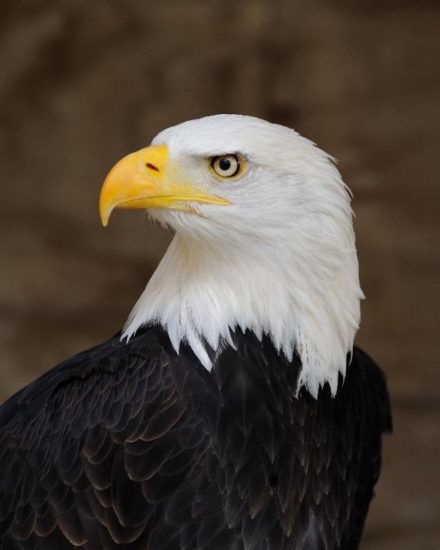 The start of spring marks breeding season for many of our local bird populations, and the American Bald Eagle is no exception. The Bald Eagle is not only an iconic symbol for our nation, but a symbol of hope for Washington State.
It is estimated that 9,000 breeding pairs nested in Washington State before European expansion into the American West. But by 1950, hundreds of years of human influence and widespread usage of the pesticide DDT had eliminated the Bald Eagle from the entire state of Washington and the small populations that remained in the United States could be found only in Florida and Alaska. Thankfully, advocacy and conservation have returned the Bald Eagle to Washington state and the species was removed from the federal endangered species list in 2007.
This means that all of us here in Washington can enjoy the beauty and wonder of seeing an American emblem in our backyards. In spring the Bald Eagles nest in mating pairs. Pairs usually return to the same area for many years, making them great for bird watching enthusiasts. Nests need to be large and sturdy to accommodate two birds weighing up to 14 lbs each! Bald eagle nests are usually four to five feet wide and two to three feet deep. A pair of eagles may spend up to three months building their nest and will renovate this nest every breeding season. The largest bald eagle nest ever recorded was 9.5 feet across, and 20 feet deep! The nest weighed nearly 3 tons!
Look for Bald Eagle nests in forests near water. Eagles are shy and typically nest away from human activity.