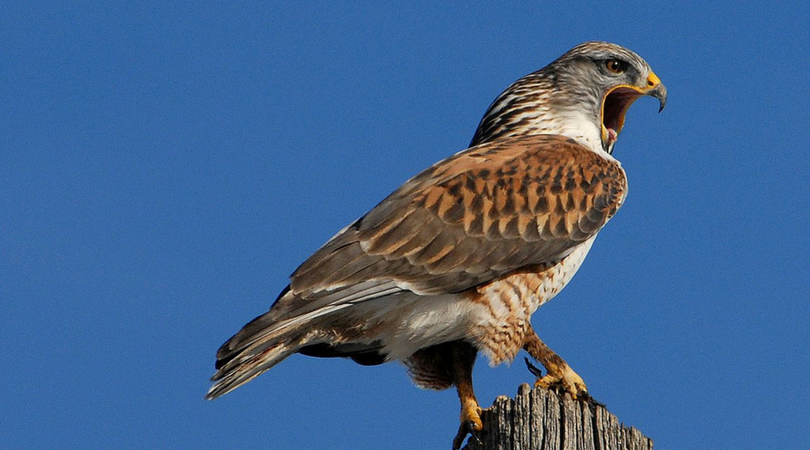 Birds of prey are scientifically classified as indicator species, meaning that the health of the entire ecosystem can be affected by their loss. Healthy ecosystems have birds of prey, but ecosystems under pressure rapidly lose these majestic creatures. Hawks are critical because they keep small mammal populations under control and are a top predator in Washington’s prairie habitat.

The ferruginous hawk is a threatened species, native to the eastern part of our state. This hawk is particularly large, with wingspans reaching up to 60 inches (5 feet) across! Within its more eastern range, the hawk was noted for using bison bones in the construction of its nests. Today, this hawk builds nest similar to those of an eagle – large constructions of twigs, which a bonded, mating pair will return to year after year.

To learn more about the ferruginous hawk and see a live hawk in person, join us at SHADOW Lake Nature Preserve for our event in partnership with RaptorLife on September 30th – register here!

Raptor Life: Getting to know your bird of prey