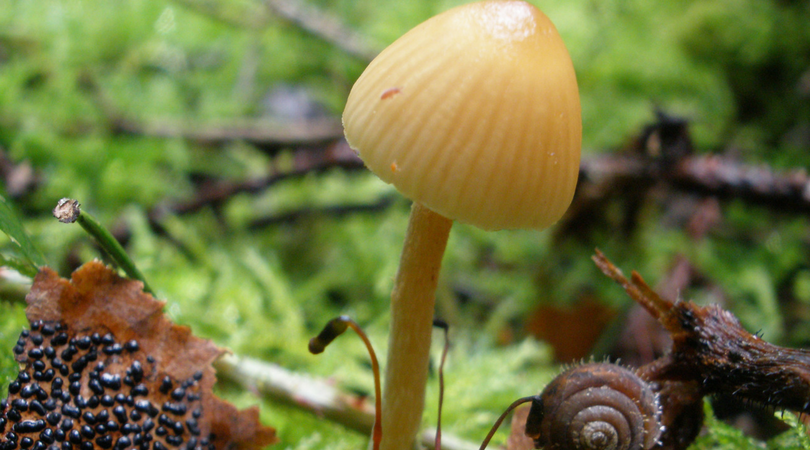 If you have been for a walk on the grounds of the Nature Preserve or any Pacific Northwest forest in the last month, chances are you have spotted some mushrooms. Fall rain in this region brings about a generous crop and wide variety of mushrooms, which seem to pop up almost overnight.

So, what are mushrooms?

The mushrooms you see in the forest are merely the fruiting body or reproductive organs of fungi. Fungi, which make up their own distinct biological kingdom, have received much less scientific attention than plants and animals. Perhaps this is because the structure of their bodies is largely hidden from human eyes. This hidden, vegetative structure of most fungi is called mycelium, which is a mass made up of hundreds of miles of hyphae or complexly interconnected, branching, tubes. To us, hyphae, when visible, appear as delicate threads. 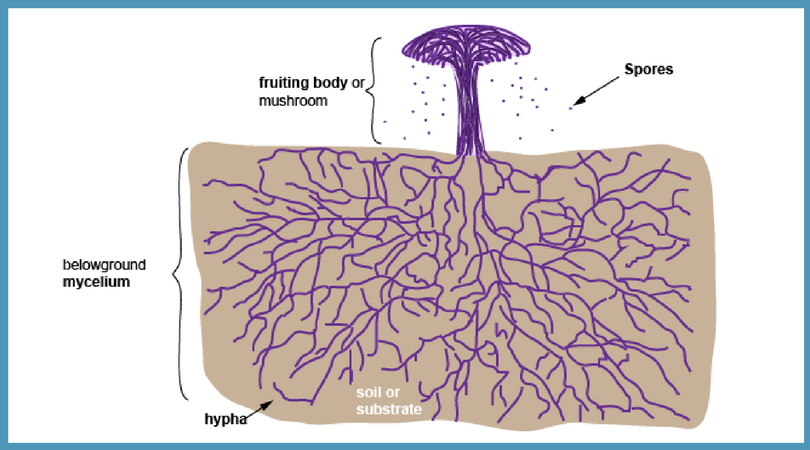 Why do mushrooms matter?

The study of fungi is known as Mycology, a fairly young field of scientific examination. Many mycologists believe that 86% of Earth’s fungal spices remain unknown. What we do know about fungi is fascinating!

Fungi help to decompose dead matter, such as fallen trees, returning their nutrients to the soil. Without fungi, Earth would be buried in dead wood from all the trees that have lived here. What else might fungi help us to decompose? Tests have proved oyster mushrooms capable of cleansing soil of an oil spill. Might we put fungi to work disposing of our toxic waste?

Mycelium in soil can connect to the root structures of various plants and physically transport nutrients between them, allowing forest plants to share resources with one another. How might restoration biologists use fungi to help improve the health of their forests?

Fungi present novel defenses against bacteria and viruses that try to harm them. In 1928 a Scottish scientist, Alexander Fleming, discovered a green mold capable of killing bacteria. This fungus, Penicillium notatum or penicillin, revolutionized modern medicine. What disease fighting secrets might the unknown fungi of old growth forests hold?

Mushrooms come in all shapes & sizes: 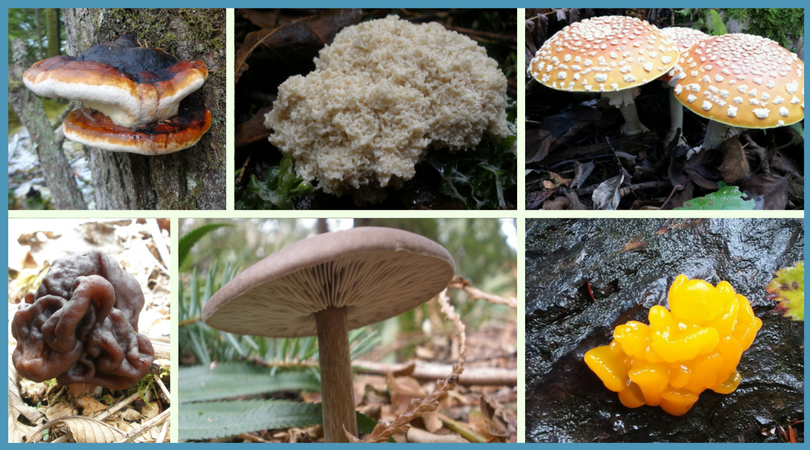 All of these mushroom photos were taken right here at the Nature Preserve.