Native Animal of the Month: Bobcat 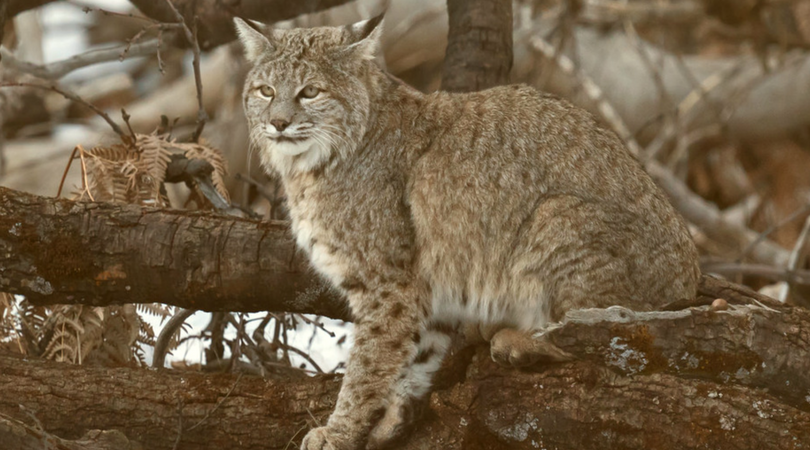 There are more Bobcats living in King County than you might think! If you ever find yourself at SHADOW Lake Nature Preserve at night, you may be lucky enough to see one.  Generally, Bobcats are nocturnal and hide during the daylight in rock crevices or hollow logs.  Adult bobcats weigh between 13-30 lbs. and stand about 21 inches high.  They have tawny-red/grey fur with spots, pale undersides, and black-tipped ears.
They are fierce hunters and can kill deer but mostly feed on smaller animals like rabbits, mice, squirrels and birds.   Bobcats can run up to speeds of 25 – 30 mph in short bursts but they prefer to lie in wait for prey.  Their greatest weapon is their ability to leap 12 feet to take down prey.   They are a solitary and territorial animal except during mating season, in early spring, when their yowling-mating screams can be heard.
Cougars and humans are among an adult bobcat’s few predators. Their pelts are quite valuable, and concerns are raised regarding the inhumane traps used. The Bobcats who call SHADOW home, don’t have to worry about that!