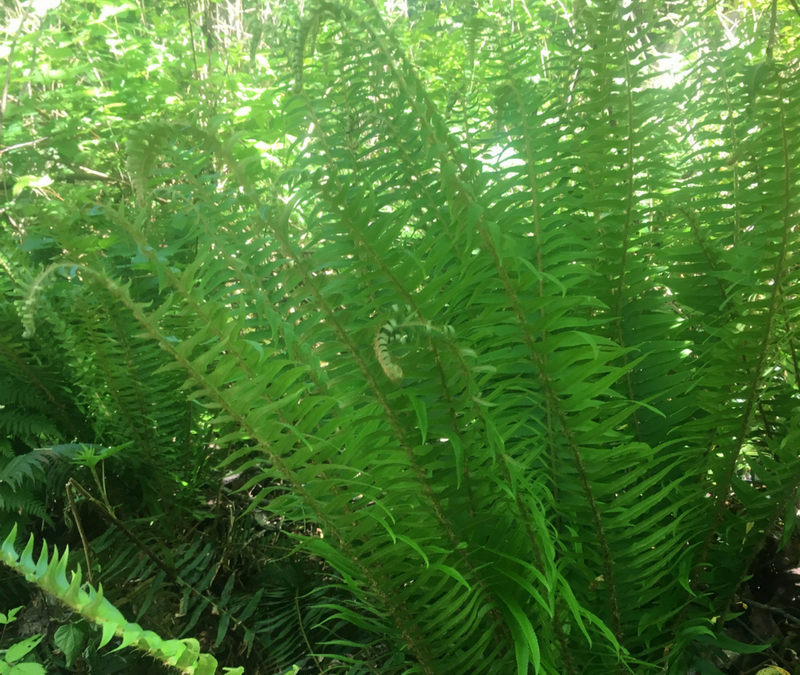 Sword ferns are one of the Pacific Northwest’s most iconic species. They are native to the west coast and infamously difficult to grow outside of their natural range. Huge fronds radiate from a central base and each leaflet has a tiny hilt that give the sword fern its name.

These plants establish themselves in rocky soil but develop to maturity in the acidic, humus-rich soil that characterizes a conifer forest’s understory. The sword fern is also remarkably long-lived; these bushy shrubs survive for 500 years or more.

The humble sword fern offers so much to the Puget Sound region – habitat, relief from stinging nettle, and great soil stabilization. Show this native plant some love this season and take notice of the sword ferns along the Boardwalk Trail or your next hike!