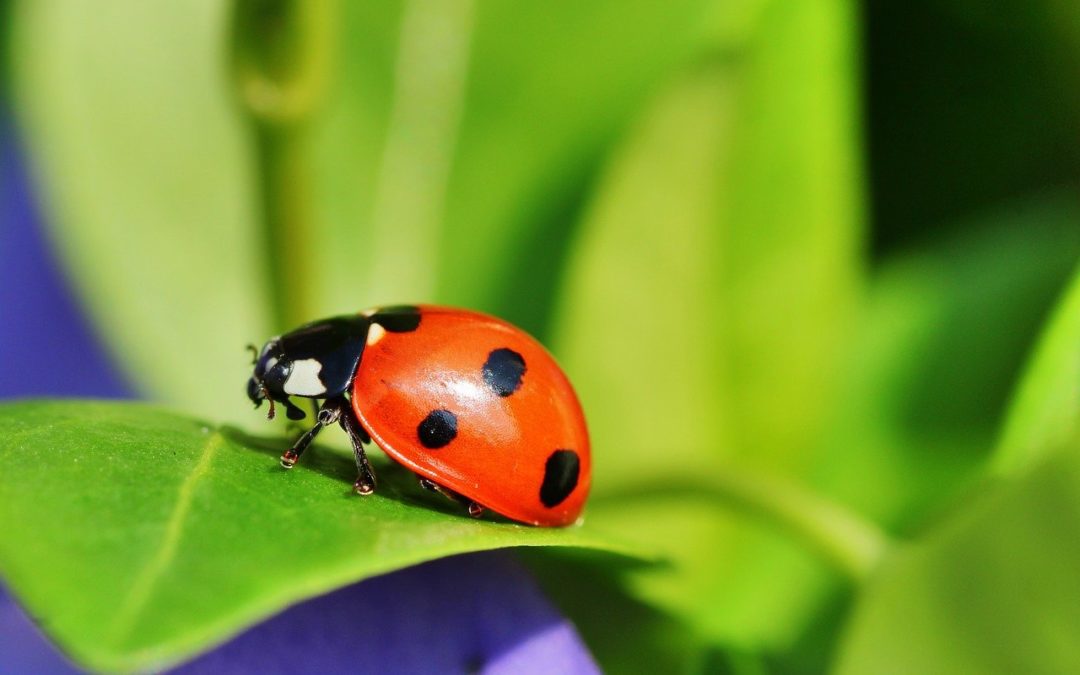 Many animals use color to determine whether food is nutritional or poisonous. A ladybug’s red color, for example, shows birds that she is toxic to eat. This evolutionary trait is called aposematism. It has been heavily studied that when birds and other animals are given unfamiliar and colorful foods, they are cautious to consume them. For invertebrates, color reactions are not as well documented (except for some examples like bumblebees delaying visits to novel flower colors).
Based on this idea, a group of researchers conducted an experiment to determine if jumping spiders were neophobic (afraid of novel foods). In this study, termites were painted either green, blue, or red and the interaction between a spider and these termites was recorded. Would you hypothesize that spiders attacked their prey based on their color or not?
Interestingly, the color of the prey did not determine how quickly the termite was attacked or if it was attacked at all. We know that spiders can see color, so these findings could mean a variety of things. The spiders may find it more beneficial to attack and risk getting poisoned to get a meal than to hesitate and wonder if the termite is dangerous. Compared to birds, spiders have a recorded shorter memory of novel prey even though they are both heavily visual predators. Another determination could be that the spiders relied more on other scents than the artificial colors; maybe they knew that the colors weren’t real determinants of toxicity. The wonders of invertebrates continue to surprise us.

Full Article: Lack of neophobic responses to color in a jumping spider that uses color cues when foraging (Habronattus pyrrithrix)