Native of the Month: American wolverine 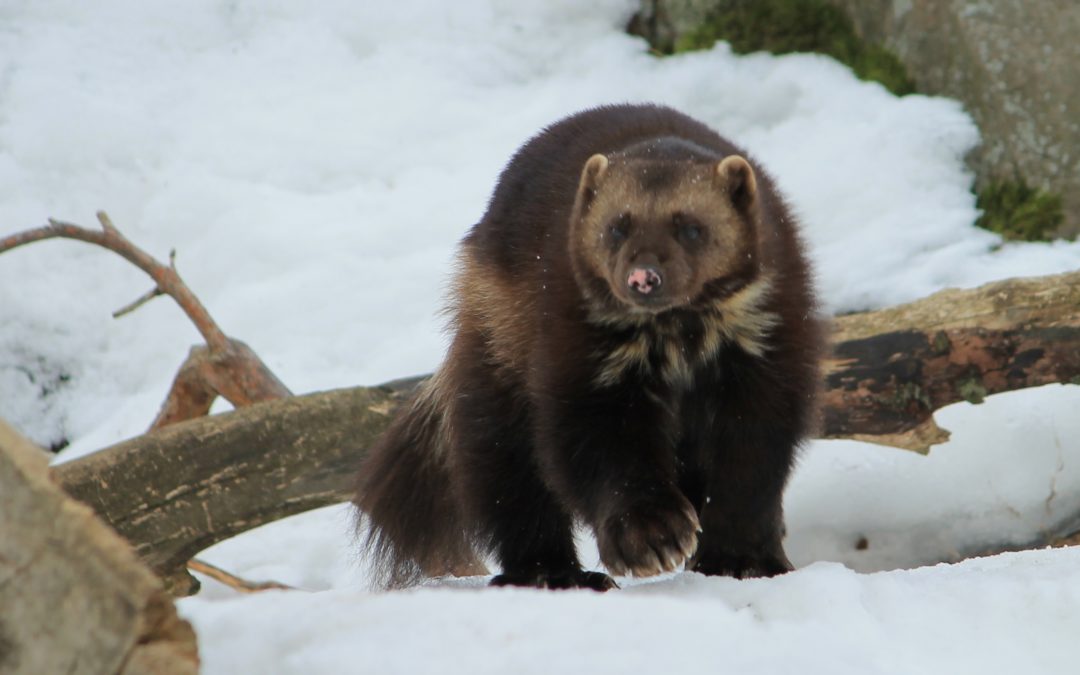 American wolverine – Gulo gulo luscus
Yes, wolverines live in Washington! In the alpine and subalpine forests of the Cascades, wolverines make their dens by passing through deep snow, into rock crevices, or under large woody debris. With their small eyes, bushy tails, and large feet, they occupy large activity areas from 40 to 770 square miles (103 – 1994 square kilometers)! As the largest member of the weasel family, they weigh in from 18 – 44 pounds (8 – 20 kilograms). Resembling a small bear, their fur varies from dark brown or black with some lighter streaks, and each wolverines’ color patterns are unique.

As prey generalists and scavengers, wolverines can detect a dead animal under several feet of snow. Their typical diet consists of small and medium mammals, but they may opportunistically kill adult ungulates (hoofed mammals) with their strong jaws that can crush large bones. Wolverines are willing to travel several miles per day to find food and even crawl into dens to eat hibernating animals. Their predators include gray wolves, cougars, and even other wolverines.

In the mid-1990s, the wolverine population was destroyed because of persecution and predator control. The known population of the Cascades is less than 25 individuals. Because they rely on snowpack and spring snow cover, wolverines are sensitive to increasing temperatures from the climate crisis which is why they are listed as a Species of Greatest Conservation Need. Denning females and their young kits, born weighing about 3 ounces (84 grams), use snow to keep warm and for protection against scavengers. Although they have a reputation for being tough, there has not been a known case of a wolverine attack on a human, but they are wild animals. If you’re lucky enough to spot one, keep your distance and respect their space!