Native of the Month: Bark Beetles 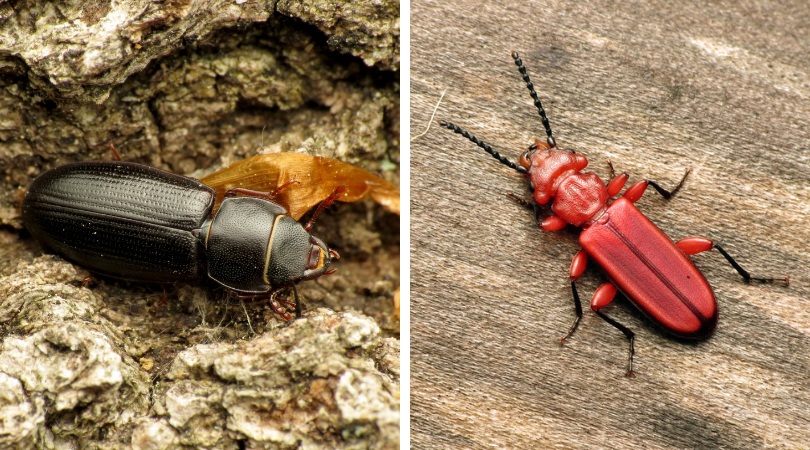 Bark Beetles
Bark beetles are both friends and foes. They are native decomposers, pollinators, and food for wildlife in Washington state forests, but they also cause tree mortality which is exacerbated by climate change. Bark beetle species in Washington include red turpentine beetles, pine engraver beetles, Douglas fir beetles, and spruce beetles. Tiny and varying in color, these beetles have hard cylindrical bodies, and most look the same to the regular observer but can be differentiated by the look of their egg galleries. The reason why they are called bark beetles is because they reproduce under tree bark with little resin. Although most species live in weakened or dying trees, some species attack and kill living trees. Bark beetles love to make their home in trees with dwarf mistletoe, windthrow damage, soil compaction, logging injury, or infections by root disease.

Tree mortality from bark beetles has increased in the past decade for ponderosa, spruce, and lodgepole forests. Normally with already oscillating populations, bark beetles cause needed ecological disturbances like thinning, but because forests are also facing drought and increased temperatures, the upswing in mortality is more destructive to healthy trees. A reason why forests are more susceptible to damage by bark beetles is because of low biodiversity in fire-suppressed areas; when natural fires burn in forests, they create mixed sizes and ages of trees. Bark beetles take advantage of the unbalanced ecosystem conditions by releasing aggregating pheromones to attract other beetles to attack suitable host trees. With the heat waves in Washington, their life cycle is accelerating as well, furthering tree mortality. Beetle outbreaks can be avoided by maintaining healthy trees, avoiding logging from early winter through mid-summer, increasing biodiversity, and not transporting infested firewood.