Native of the Month: Coho salmon 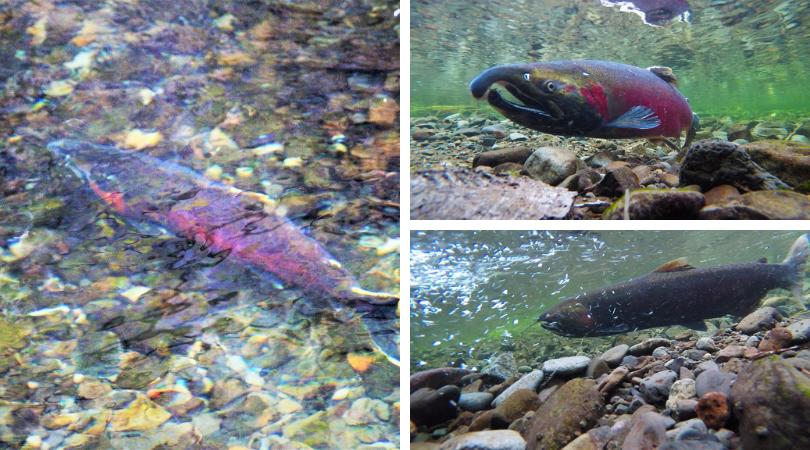 Coho salmon – Oncorhynchus kisutch
The Coho (or silver salmon) are anadromous which means they spend most of their lives in the ocean and return to freshwater to spawn. They can grow up to 30 inches and can weigh up to 20 pounds or more. Most salmonid species spend about a year in their freshwater before descending on their journey to the ocean and then spend close to eighteen months in the ocean before the journey back home.

You can spot Coho salmon in a variety of places; one being the Green-Duwamish River. Coho are smaller than other Washington salmon like the Chinook ad prefer relatively slow-moving water with fine gravel. Upon hatching, the salmon prefer deep clear cool waters with an abundance of overhead cover to protect them from predators. Young fish in lakes and rivers eat mainly insects. They stay almost entirely in deep parts of the river and soon become strongly territorial. During their time in the ocean, they live closer to the shoreline than the open ocean and hunt larger organisms such as jellyfish, squids, and other fish.

Salmon usually reach maturity by three years old. Their tail is a metallic blue, and their sides are silver in color. When spawning, their bellies turn bright red and their heads and tails turn green. Salmon begin spawning in October and the early part of the run is dominated by the males and in the later months the females. To spawn, a female digs a nest (called a redd) and lays her eggs and then a male fertilizes with their sperm. The eggs get buried by the other females digging their nests spreading the gravel around. Upon spawning the female and male both die, and their bodies give nutrients to the waters. Salmon are and always have been a vital species in the Pacific Northwest.