Native of the Month: Pacific shrew 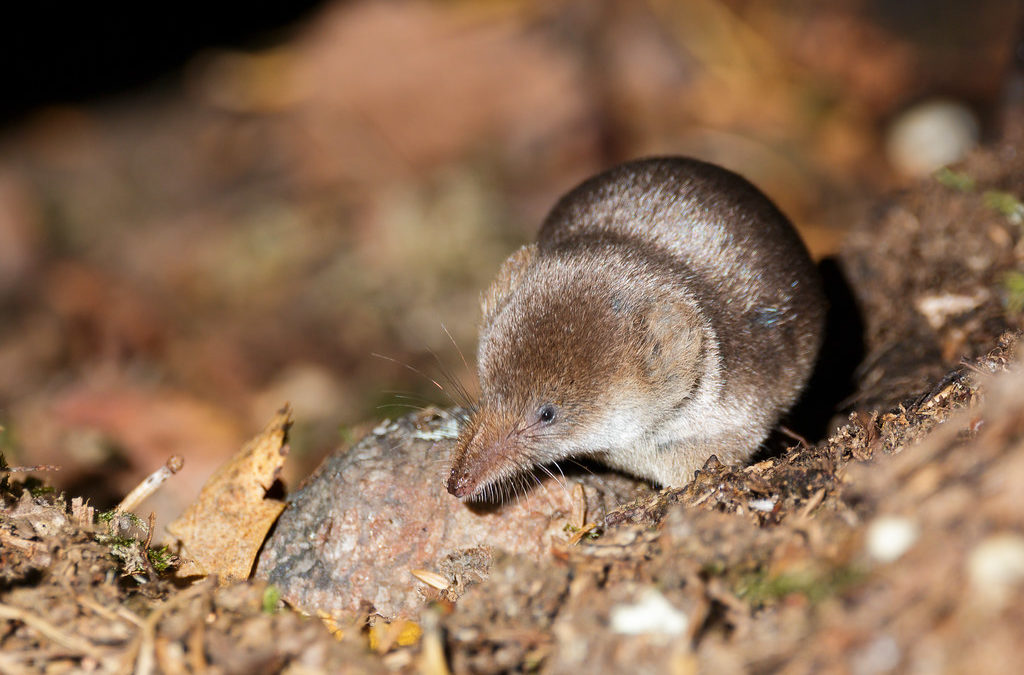 You’re walking along some bushes in a park, and suddenly see a tiny gray creature skittering into the fallen leaves. At first you may think it’s a rodent, but this frenetic ball of energy is actually a shrew.

While it appears small, shrews are one of the most voracious mammalian predators on the planet. They’re also abundant and widespread, found on five continents in a variety of habitats such as bogs, tundras, savannas, and more. The Pacific shrew may be the most common mammal of the Northwestern United States. Soricidae, the shrew family, contains more than 385 species.

Superficially many of these species look similar with pointy snouts and a round gray body, but they exhibit a diversity of behaviors. Even though they’re common, few people see them and fewer know their impressive habits and adaptations. While this varies among species, a shrew’s heart rate beats 800 to 1000 times per minute. The Etruscan shrew, the smallest terrestrial mammal on earth, has a heart rate that can reach 1,500 beats per minute, more than any other mammal and more than the famously fast hummingbird heart (1,260 beats per minute). Shrews have been recorded making 12 body movements per second. They’re in constant motion, rarely stopping to sleep.

Shrews have a high metabolism which means they must eat, a lot. A shrew’s life is a constant search for prey. Many animals must eat their bodyweight’s worth of food each day, but if a shrew doesn’t eat within a few hours, she dies. With approximately 100 billion shrews in the world, they are far from endangered but with things like deforestation and climate change, many of the cool environments that shrews need could simply disappear without a trace. We want to make sure that all animals, including tiny and unique ones, and their environments are protected!