Native of the Month: Spiders 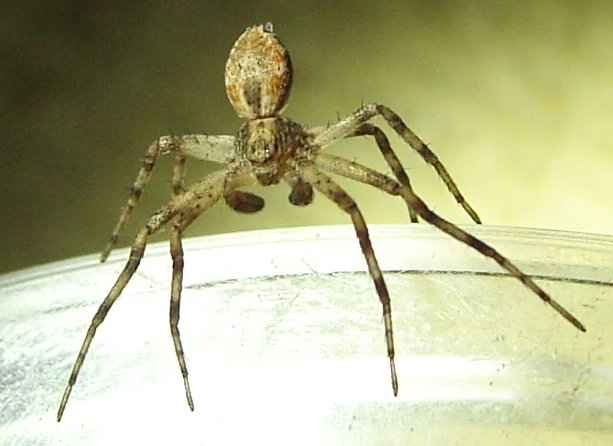 Some may cringe or feel repulsed at the thought or sight of spiders, but honestly once you realize their environmental significance, you can’t help but appreciate these 8-legged beauties. SHADOW Lake Nature Preserve hosts a diverse and species rich spider community. One family of arachnids that have a worldwide distribution, the Linyphiids, are found here and are one the most species rich families. At SHADOW we have 10 species belonging to the family Linyphiidae! The reason the Linyphiids are found everywhere and are so species rich has to do with the behavior called ballooning. Ballooning is a unique behavior in which spiders use specialized tiny sensory hairs on their legs called trichobothra to detect electric fields. They then raise their abdomen and shoot a strand of silk out of their spinnerets. These electrostatic forces in the air are enough to lift the spider and carry them along for great distances and at heights up to 3 miles. It was once believed that spiders were ballooning exclusively due to air currents, but ballooning has been observed in controlled environments in which electrical fields were the only force present.

Spiders use ballooning to disperse as newly hatched spiderlings, and adults might use it to find mates. Additionally in 2012, record rains in Australia spurred a massive ballooning event, as arachnids tried to move to higher ground escaping floods. Trying to escape to higher ground ensures the spiders a better chance of survival, so ballooning can be a method of escaping natural disasters as well.  A great example of the ecological significance of arachnids and their ballooning behavior can be found in the history of Mount Saint Helens. Mount Saint Helens erupted on May 18, 1980, and much of the biota was destroyed because the mountain was covered in volcanic ash and pumice. The first colonizers of the blast zone were ballooning spiders, and this is important to the ecosystem because their bodies provided a source of carbon to the nutrient depleted soil and contributed to the future vegetation and restoration of the area. While these local spiders may seem small and insignificant, their benefits are profound, and our lives would be greatly impacted without them. In fact, there is still so much to learn, and these are current areas of research.