The rise of an apex predator following deglaciation 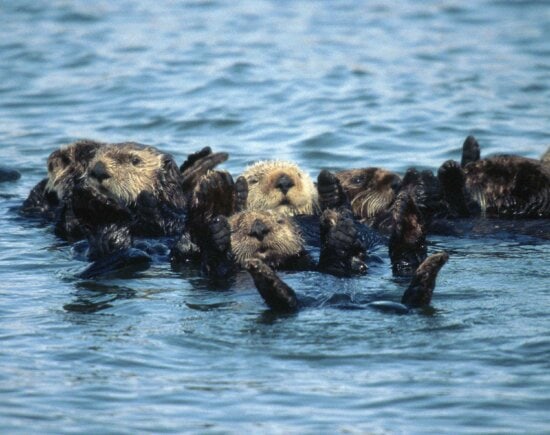 As us environmental enthusiasts know, finding effective and timely solutions to the climate crisis can feel daunting and upsetting. But appreciating wins for the planet keep us moving towards our goal of creating healthy ecosystems! With the addition of the Climate, Tax, and Health Care Package that just passed in the U.S. Senate, there are positive stories. Early in the 20th century, sea otters (Enhydra lutris) almost went extinct. Although cute and playful, otters are apex predators who largely influence marine community dynamics by keeping populations balanced. In this study, scientists collected two decades worth of data sets and analyzed the recolonization of sea otters in Glacier Bay. They found that over the course of twenty years, otters became the most abundant and widely distributed marine mammal. Not only that, but their population also grew of 20% per year.

How did otters rise from near extinction? Sea otters have legal protection in Glacier Bay and this habitat was left alone by humans. They are safe from being harvested and they take advantage of prey abundance (from lack of human inference) such as that of clams. Orcas are natural predators for otters, but limited accounts of orcas lowering their population in Glacier Bay. A high population of otters can mean that prey for other species becomes scarce, but species populations reach a carrying capacity or maximum population size that the environment can support. Of course, ice is retreating because of global warming, but Glacier Bay is one of the largest intact habitats in the world. As deglaciation and global loss of sea ice continues, apex predator populations will continue shape marine life communities (for better or worse).

Learn more:
The rise of an apex predator following deglaciation