Wildfires and the Climate Crisis 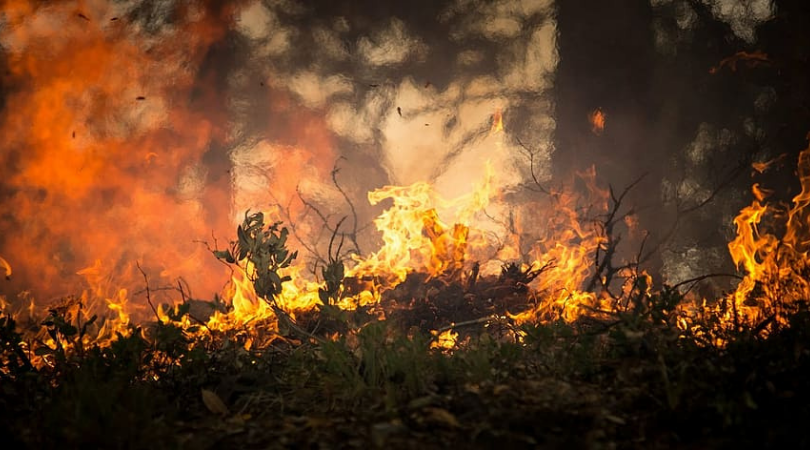 Over the past few years, springs and summers in Washington have been replete with wildfires and the consequences have been nothing short of disastrous. By September in 2020, not only did fires burn over 626,982 acres and destroy 181 homes, but the University of Washington estimated that nearly 200 died from wildfire smoke. Humans, although a large source of the fires, are not the only ones affected. Huge wildfires reduce food resources, kill mature trees and animals, and lower floral and faunal diversity in the Pacific Northwest.

Climate change due to human activity such as deforestation and greenhouse gas (GHG) emission is an undeniable inevitability, but nobody anticipated Washington’s record-breaking heat this summer. Quillayute, WA, near the Hoh Rainforest on the Olympic Peninsula, tied the world record of the largest difference between new and old maximum temperature by 11 degrees Fahrenheit (6 degrees Celsius). This extreme heat turns forests into kindling. Wildfires are one reason of many reasons to shift our language from “climate change” to “climate crisis”.

To lessen climate impacts in the future, we can support renewable energy and find alternative solutions. From 1988 to 2015, 100 companies were responsible for 71% of emissions worldwide. If we hold major polluter companies accountable for investing in renewable energy, we can perhaps slow the impact wildfires have on our ecosystems in the future. Reducing GHG should be a top priority in combating climate change, but there are supplemental changes that can prepare us. Research published in the journal Nature found that converting farmland and grazing areas back to forests and wetlands, could not only absorb billions of tons of carbon dioxide, but also provide habitat for birds, amphibians, and mammals facing extinction. We are constantly discovering new ways to make a meaningful impact in alleviating climate change impacts.

For now, we can focus on safety. Fire needs three ingredients: fuel, oxygen, and heat. Fuel can be any combustible material like dry grass, oils, paper, or fabrics. Ambient air contains roughly 21% oxygen, but fire only needs 16% to burn. During the summer, especially record-breaking temperatures, heat is provided by the sun. By using this fire triangle it is easy to do your part to prevent wildfires. First, avoid activities that involve fire, sparks, or smoke when it is hot, dry, and/or windy; these conditions are common during spring and summer especially in Eastern Washington. Next, make sure to put out your campfire properly, if you decide to have one. Something as simple as a lit cigarette butt can start fires and have devastating results. More than one of the horrific fires over the past few seasons were caused by accident with fireworks or smoke-generating devices used at gender reveal parties. Another way we can prevent fires is to obey burn bans and be aware of fire danger signs.

Most importantly, we at SHADOW want you to stay safe however you are able. To learn more about fire safety and ecology, register for our virtual Wildfire Ecology class on July 22nd.