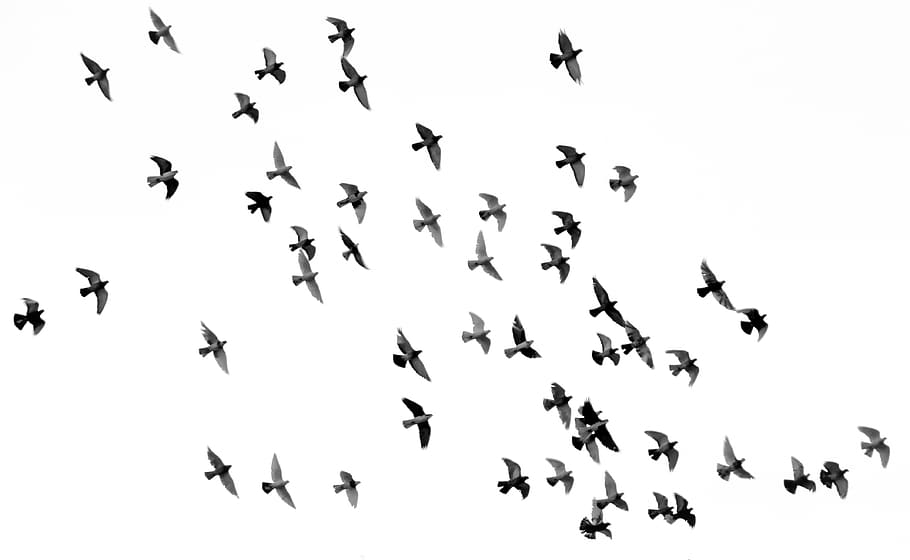 During the month of May, SHADOW Lake Nature Preserve celebrates Washington’s native birds. Bird populations, like many other wildlife species, have been greatly influenced by human-related disturbance including habitat loss and pesticide use. From 50 years of data collected on bird populations, scientists have found that there are 2.9 billion fewer breeding birds in North America than there were in 1970 [1]. The loss in breeding birds is not just from endangered or threatened species but also from common, widespread species (like sparrows).

Western forests have seen a 30% loss in breeding bird populations since 1970. Washington State’s endangered and threatened list currently has 12 bird species which include the marbled murrelet, northern spotted owl, and ferruginous hawk. There are 17 species that are considered candidate species on the state list including the pileated woodpecker. The pileated woodpecker is a crucial species to Washington’s forest. It leaves large cavities in trees after it nests which other wildlife, like other birds and small mammals, use as roosting and nest locations.

Birds have many ecological roles in the habitats that they call home and are critical to maintaining healthy ecosystems. The diversity in bird species allows them to occupy several trophic levels in food webs. Some bird species like hummingbirds are pollinators while many small passerines are seed dispersers. Birds of prey, like hawks and eagles, help to control small mammal populations. Different species of vultures clean their habitats by consuming dead, decomposing animals. Many birds, like the pileated woodpecker, are considered keystone species as their presence in (or disappearance from) an ecosystem affects other species indirectly.

There are many ways that all of you can help protect bird populations at home and in your backyards [2]. One way is to turn your backyard into bird habitat by planting native plant species that can provide food and proper cover for native birds. Limiting or stopping the use of herbicides and insecticides around your home will help leave more insect food for native birds. If you have feeders in your backyard, be sure to clean them often to limit the spread of bird diseases. If you like identifying birds, you can become active in bird counts like the Christmas Bird Count and the Backyard Bird Count. There are many more ways you can help support local bird populations like supporting conservation initiatives and sharing your love for birds with others!

1. Decline of the North American Avifauna