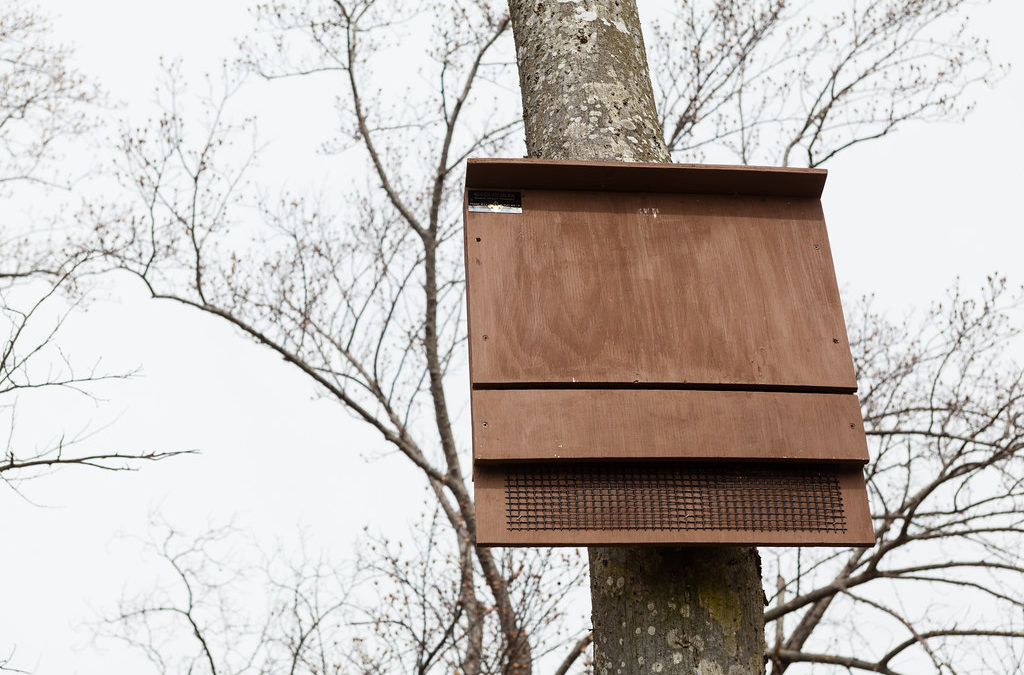 Although we aim to improve and expand habitat for wildlife, sometime creating artificial habitats is necessary to support populations and to understand microhabitat preferences. In this study, three artificial roosts were constructed: bat box, rocket box, and bark mimic. A bat box looks more like a traditional birdhouse whereas a rocket box has two chambers; both style boxes were constructed with untreated and planed pinewood. The last roost was meant to look like a tree but made from polyurethane elastomeric bark material.

The differences in the roosts were mainly temperature, size, and shape. For this experiment, the scientists counted bat clusters for 1-2 years. In the end, they found that the rocket box style box provided more space, volume, and a larger entrance area for the bats than the other types. The bark imitation roost gave the bats less usable space and were a bit colder and had a less stable temperature. Mother bats loved the rocket box – four of the five rocket style boxes became maternity roosts with 2 to over 200 bats emerging at night!