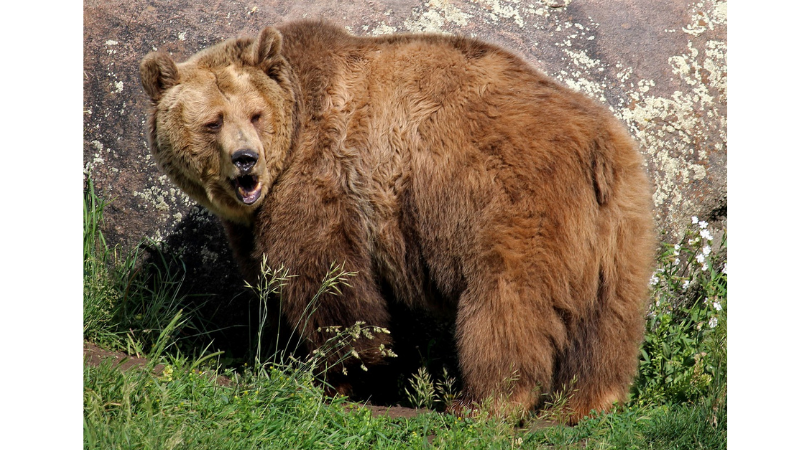 Living in rural parts of Washington state often means that some of your neighbors are local wildlife like raccoons, coyotes, and bears. Being in and around wildlife habitat results in frequent human-wildlife interactions and sometimes these interactions can be negative for both parties. Preventing conflicts between human and native fauna is critical for our coexistence. There are many things that us humans can do to be good neighbors to our wildlife friends.  The best thing that humans can do when near wildlife or living around wildlife habitat is to not feed any of them.

Feeding or leaving out food for our wildlife friends seems like a helpful idea but it often results in conflicts and even attacks. For example, most reported negative encounters with bears are caused by humans leaving trash or food out in places easy to reach for bears. If you have bears living in your area, you can limit interactions with them by ensuring your trash is secure, not leaving pet food out, limit the use of bird feeders, and planting fruit and berry bushes away from your home. The more a bear associates a free meal with humans, the more dangerous the interactions can become.
Similar advice can be applied to other wildlife like coyotes. Conflicts increase between humans and coyotes because some people directly or inadvertently feed them. Once a coyote has been provided with food by humans it can become less afraid and more aggressive towards people. If an animal is not scared of humans, it will come around more often which increases the likelihood of that coyote being terminated. Avoid feeding coyotes directly and keep trash and pet food secured. If you own livestock, promptly remove livestock carcasses from your property to avoid coyotes from visiting and safely secure other animals like chickens.

Raccoons are another common animal that often interacts with humans even in more suburban areas. Raccoons may seem small, cute and cuddly but like coyotes, they can become aggressive towards humans over food. Leaving food out for raccoons to eat in your backyard can also be dangerous. Leaving food out attracts a lot of local raccoons which aids in spreading zoonotic diseases, disease that can spread from one species to another, and parasites. These diseases and parasites spread to other wildlife populations or even to a family pet. Also like coyotes, raccoons will eat poultry and their eggs if given the opportunity so be sure to keep poultry secure.

Help places like SHADOW keep wildlife wild. Follow the number one rule for all wildlife: don’t feed wildlife. We know it is tempting to want to feed a cute, fury critter but when you feed wildlife you are doing more harm than good. You can also help protect your wild neighbors even further by educating your neighbors and friends. Inform people about the issues that arise when we, intentionally or unintentionally, feed animals like bears, coyotes, and raccoons and share resources with them on how to limit interactions with these species.

The Washington Department of Fish and Wildlife has many resources on how to live with wildlife. Below is a link with detailed information on how you can protect your property, your pets, and yourself while protecting wildlife as well: