Native of the Month: Bog Laurel 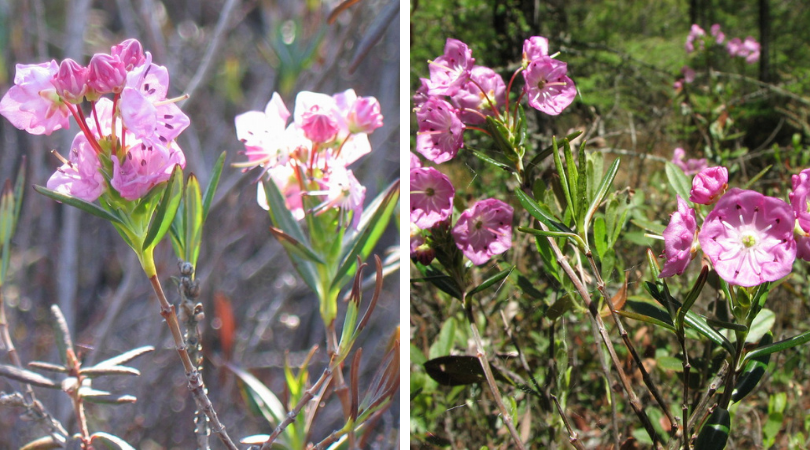 Bog Laurel – Kalmia Microphylla
Bog laurel, also known as swamp laurel, is a short shrub with oppositely arranged, leathery, glossy leaves. Its stems stand erect, and its small, pink flowers are found in clusters. The fruit are woody capsules that have long stems on them. These beautiful plants prefer acidic soils and are found in cold bogs which is one of the reasons they are found in Shadow Lake Bog. Bog laurel can be found in parts of Alaska and as far east as Ontario to as south as California. It can also be found in Utah and Colorado.