Native of the Month: Crows 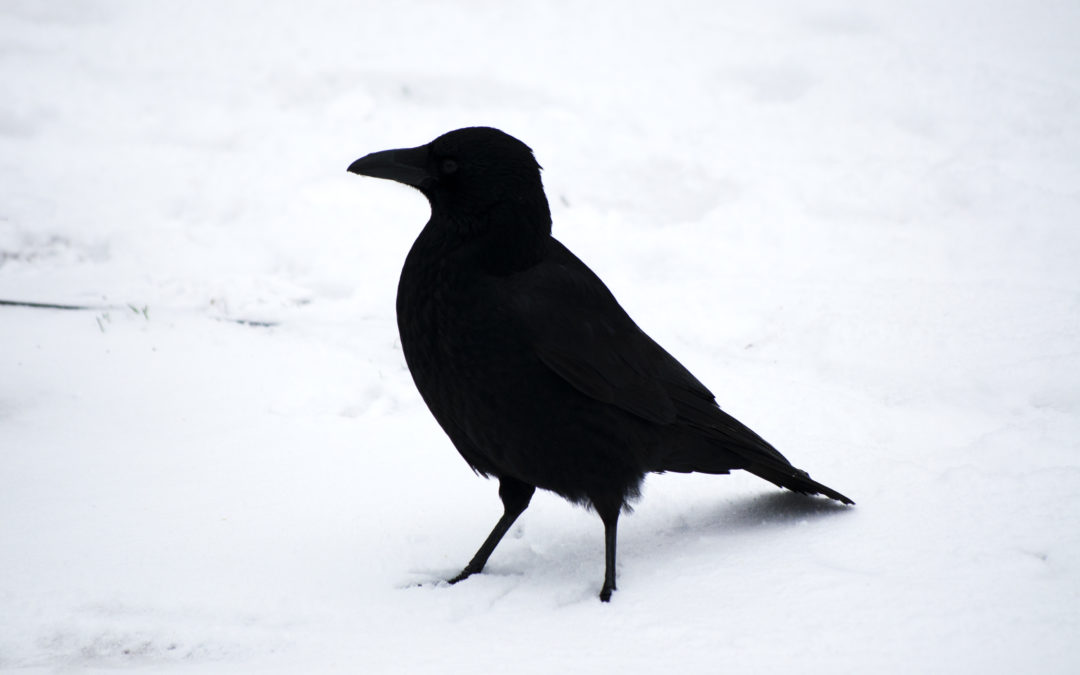 In the Pacific Northwest, crows and ravens are ubiquitous, but how often do we stop to admire them? A lot of people have heard of crows bringing humans coins who feed them and can recognize faces but that is only the tip of the iceberg.

Crows and ravens belong to the genus Corvus. In North America, the most common are the American crow (Corvus brachyrhynchos) and the common raven (Corvus corax). Increasing research demonstrates their cognitive ability. Crows understand water displacement, a mechanical concept that happens when an object is placed in water, and it pushes the water out of its place. Fluid displacement is a concept that some toddlers struggle to understand. Crows can use tools and have even been spotted dipping their fries in sauce. Not only that, crows practice analogical reasoning. They have solved puzzles such as “bird is to air as fish is to what?”

Social and intelligent, crows form complex relationships. Siblings help other crows raise newborns and a murder of crows (100+) have funerals for lost neighbors. They even have their own dialects made up of different sounds and noises. Do you ever wonder why you don’t see many dead crows on the road? That is because Crows understand traffic and can read traffic lights. They will wait until a light turns red to gather their food. Relative to its brain size, corvids have huge brains; an adults brain on average is 1.9% of their body weight and crows are 2.7%.

It wouldn’t be wise to disrespect a crow. They have shown that they can control their impulses. When presented with two options of food, one after the other, crow would actually wait for the second option if they preferred it. If they don’t choose to respond to disrespect now, they could just be waiting for a better time.