Native of the Month: Devil’s matchstick 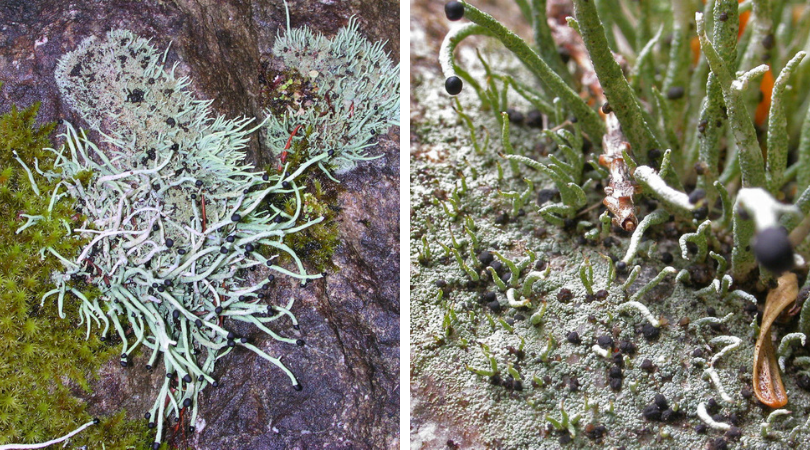 Devil’s matchstick – Pilophorus acicularis
Pilophorus acicularis is a part of the Cladoniaceae (lichenized fungi) family. It is found in cool moist forest locations at all elevation levels but is more common near waterfalls at lower elevations. It has been reported most frequently between British Columbia and Washington.

Lichen comprises two organisms functioning together: a fungus and an alga or cyanobacterium. The cyanobacteria are important for survival because they pull nitrogen from the air and allow devil’s matchstick to grow on nitrogen-poor areas like silicate stone. Pilophorus acicularis also contributes to soil fertility by slowly loosening microscopic particles of rock that fall into the soil. In addition, this lichen accumulates dust and other airborne particulates that create a unique soil composition. This process allows mosses and other species to grow on the new layer of formed material.

Unlike many other lichens, this species rarely grows on decaying wood. It grows in clusters with many stalks the about the thickness of a match. These stalks range from a white to pale green hue each with with shiny black ball on the tip. They really do resemble a wooden matchstick although different in color. Because lichens draw their nutrients from the atmosphere to survive, the more lichens you find in one place the cleaner the air will be!