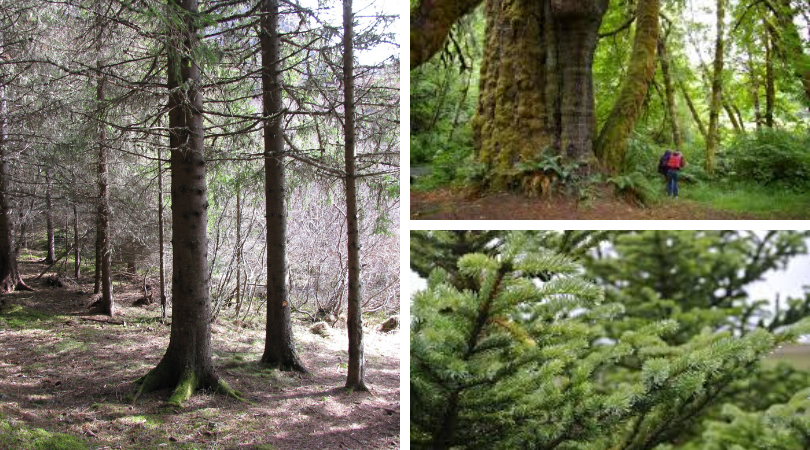 The Pacific Northwest supports biodiverse and rich ecosystems, but without a unique group of fish these habitats would not be the same. Over 137 species rely on the lifecycle of mighty Pacific salmon. Each of the five Salmonidae species, Chinook, Coho, Chum, Sockeye, and Pink, are essential fish in their ecosystems. They are anadromous, meaning they are born in freshwater streams, migrate to the ocean for maturity, and return to the same river they were born in to reproduce. Also being semelparous, they spawn only once before they die.

At sea, these fish are silver bullets traveling the Pacific with few goals in mind: find food, grow, and don’t become prey. The latter are a tough battle when you are the preferred food choice for Southern Resident Orcas, but those who make it back to their birthplace develop a new purpose: to nourish their surroundings. Local indigenous communities have relied on these fish for generations. People and animals alike line the banks to fish and swarm the Sound as the salmon make their way home. For example, bears rely on the fat gathered from feasting on salmon to get them through hibernation. The salmon that survive past these predators will spawn and bugs, decomposers, and other invertebrates strip carcasses clean. Millions of eggs laid throughout the river provide a nutrient-packed snack to any species in their path.

As these animals leave the chaos of the river, they bring salmon with them in many forms. Salmon carcasses have been found outside watershed boundaries where salmon do not run thanks to birds flying them back to nests, or otters dragging them to their dens. Broken-down nutrients become dispersed across the forest floor when these animals digest and fertilize their surroundings. Winter rains flood rivers and carcasses are pushed downstream, into the floodplains where they will become a new layer of nutrient rich soil. Salmon make up a percentage of the fine sediment and sand that is released annually into the oceans from these rivers.

We see effects of salmon populations declining everywhere in the PNW. Southern Resident Orca populations have dropped below 80 individuals, local communities and economies dry up, other animals reliant on these returns are displaced, and trees become starved of vital nutrients. As a part of the salmon bearing Green-Duwamish Watershed, SHADOW is also impacted. Nutrient dispersal is one of the myriad of benefits salmon contribute a region, making them the ultimate keystone species.