SHADOW in the Journal of Biodiversity Data 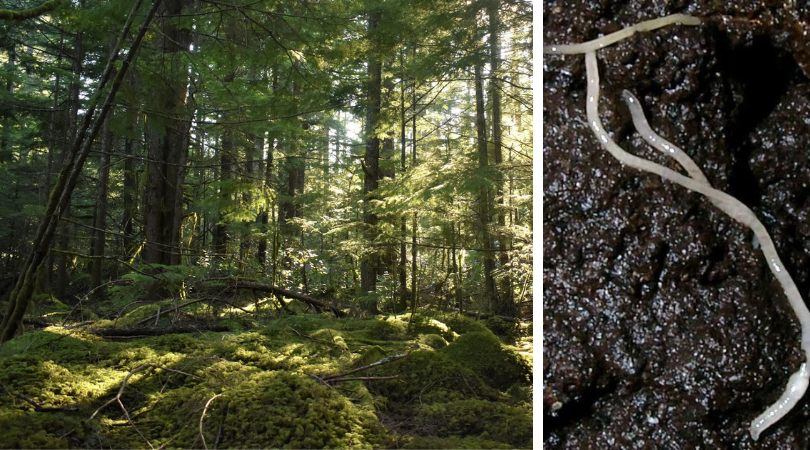 SHADOW Lake Nature Preserve was featured in the Journal of Biodiversity Data in an article by Will K. Reeves, Jeremy R. Shaw, and Mark Wetzel all thanks to a worm that was found in Shadow Lake Bog. The potworm (Cognettia sphagnetorum) can be found in European countries like Denmark, Czech Republic, Germany, Norway, Poland, Romania, Russia, Serbia, Switzerland, Wales, and the Antarctic region (South Georgia), but for the first time, it was confirmed to be found in North America right in Shadow Lake Bog.

During a paleo-ecological study, peat specimens were collected from hummock monoliths at SHADOW Lake Nature Preserve within Shadow Lake Bog. Approximately twenty live individual worms were found between ~16 inches (40 centimeters) to ~39 inches (100 cm) above the water tabled collected in January 2019. Using DNA sequencing, it was confirmed that these specimens were 100% identical to other potworms, C. sphagnetorum s. str., and other morphologically indistinguishable species in the group.

Although there have been reports of similar molecular matches found in Michigan and Florida, the molecular data did not provide conclusive evidence that it was the same potworm. Because the worms found in Shadow Lake Bog are identical to those in Europe, scientists believe that the worms could have been introduced accidentally during global trade. However, it is unclear whether sphagnum peat was traded. Alternatively,
the scientist hypothesized that since Shadow Lake Bog is close to neighboring communities with traditional backyards, the worms could have been transported through ornamental plantings.