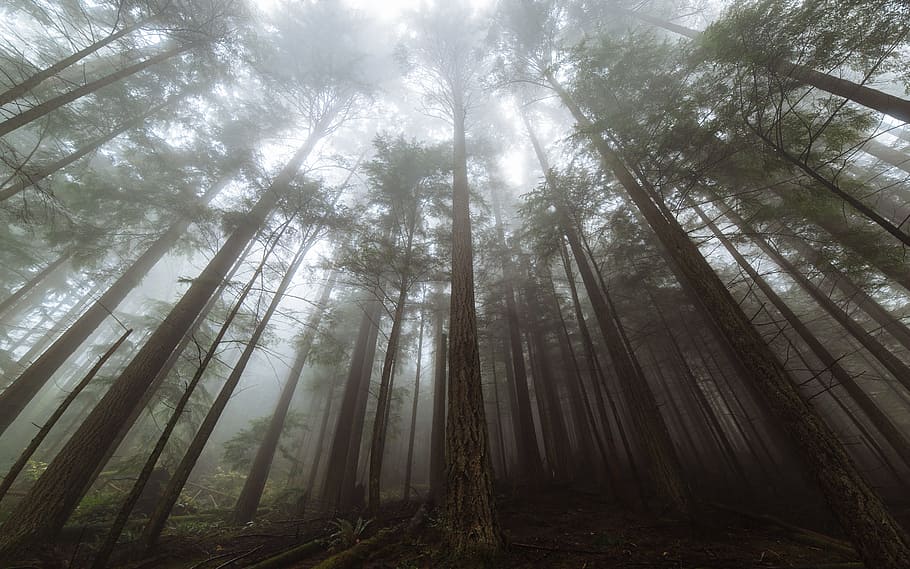 If you have ever visited SHADOW Lake Nature Preserve, chances are that you’ve probably seen the Shadow Lake Bog. As you may know, a bog is a wetland habitat that is characterized by spongy ground that consists of partially decaying plant debris called peat. Behind the layers of sphagnum moss, fields of tall and vigorous labrador tea, bog laurel, and canopy cover of hemlocks lies a rich history.
The formation of Shadow Lake Bog and the surrounding area dates all the way back to the last ice age. Due to glacial activity between 10,000 and 16,000 years ago, the Cordilleran Ice Sheet scraped across the landscape as it receded north, leaving behind heavy pieces of ice that compressed the ground beneath them. In one of these glacial depressions, Shadow Lake formed. From approximately 5,000 – 10,000 years ago, the bog began to develop when Shadow Lake reduced in size. Also during this time, the land was stewarded by Coast Salish Tribes who utilize native plants that grow in the Shadow Lake Bog such as salal and labrador tea for medicine and food.
The arrival of European settlers came with the exposure of Washington’s natural resources to industry, such as peat mining and commercial logging. Although the surrounding areas of forest habitats were logged, logging did not occur in the bog itself because the ground was too unstable and wet. Peat mining, or the process of harvesting peat for fuel or fertilizer, also occurred during this time. Unlike most bogs in King County, fortunately Shadow Lake Bog was not harvested, making it part of the 5% of peat bogs in this area that remain today.
The Department of Natural Resources’ Washington Natural Heritage Program began to study Shadow Lake Bog. After surveying the peat, native plant growth, general conditions, and surrounding areas, they determined that two rare plant community types exist throughout the bog, one of which received the “the rarest and highest conservation priority ranking for ecosystems both at the state and global level.” The bog is also rated with a B- for ecological integrity due to the surrounding development. Shadow Lake Bog is also the only known sphagnum moss, hemlock peat bog currently under protection in the state of Washington. These distinctions solidify SHADOW’s mission and the importance of protecting this rare ecosystem and the surrounding land!