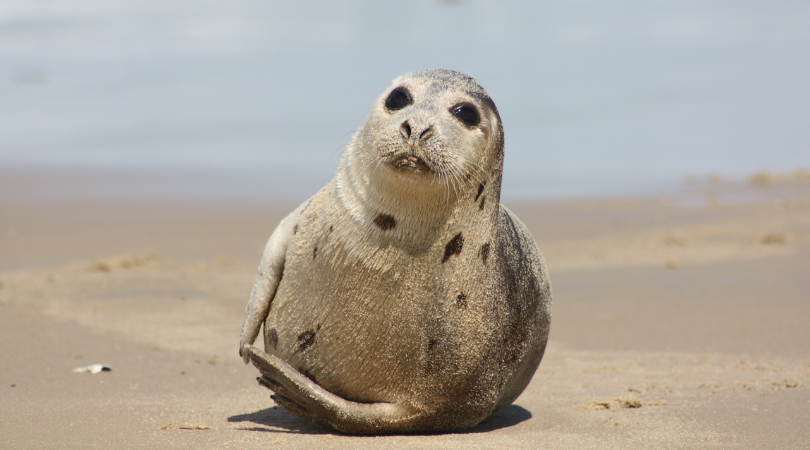 As marine mammals, harp seals have developed strategies to survive changes in resource availability, but if essentials to live are made even less available due to climate change, it is not certain if these earless creatures will be able to cope. Seals use seasonal ice as breeding platforms. Since the ice comes and goes, most individuals adjust to fluctuations throughout the year. In this study, the effects of short-term climate variability on seal mortality were analyzed using rates of dead seals in the Gulf of St. Lawrence during 1990s to 2010s.

A main pattern in climate variability is called the North Atlantic Oscillation (NAO) and it is calculated by measuring atmospheric pressure between high and low latitudes. This means that with a negative NAO index, sea ice cover is below average. These analyses determined that with the lower NAO index values and lighter ice cover, there was an increase in first year seal mortality. When ice cover is low, seals do not have the area to nurse pups or stay out of the cold water. They may even leave their breeding grounds to avoid being crushed by moving ice. In the 1950s to the 1970s, a similar phase of negative NAO anomalies was recorded which led to a 50 – 66% decline in seal numbers in the Northwest Atlantic. But from 1973 to 2000, positive NAO conditions were recorded and seal populations boomed, with estimates of 5 million individuals. Seal populations seem to change in harmony with NAO trends and associated ice conditions short-term.
NAO is not the only factor that will determine seal populations. With a focus on the whitecoat pups, commercial and subsistence hunting decreases the number of individuals reaching maturity, but some years when the ice cover is low, mortality is even higher than hunting rate mortality. In the long-term, the study indicates that ice cover will decrease regardless of the NAO variability because of warming temperatures. In certain areas in the Gulf of St. Lawrence though, seals have been seen returning to their original breeding grounds despite ice or NAO trends.

We are always learning more about animals and their responses to change. This study shows that harp seals are well-adapted to variations in their environment, but they may not have the resilience to overcome human influences in the future. Their listing on International Union for Conservation of Nature Red List of Threatened Species has fluctuated but is currently Least Concern because their population is increasing.
View the article here